To use an existing raster as an associated surface, first ensure that the project explorer node for the parent DEM Survey is already expanded. Then right click on the Associated Surfaces node and choose Add Associated Surface.

You will be prompted to browse to an existing raster file on your computer. GCD is compatible with GeoTiff (*.tiff) and Erdas Imagine (*.img) raster formats. It is not compatible with any other formats including rasters stored in geodatabases, PostGIS etc.

The same raster import form is displayed after the raster is selected as that used to add an existing DEM survey. The form appears slightly differently when used for adding associated surfaces. First, the output edge coordinates and cell resolution are fixed and locked to those of the parent DEM Survey. This ensures that all associated surfaces are perfectly concurrent with the parent DEM.

GCD can calculate point density associated surface rasters providing that you have a point ShapeFile containing all the survey points that were used to generated the parent DEM survey. The surface raster will be created with the correct spatial extent, cell resolution and units. It will be stored in the appropriate folder within the GCD project and the correct type attached.

On the point density form, click the “plus” button to browse and choose a single ShapeFile that contains all the points that were used to generate the parent DEM. Provide a name and then specify how you want to define the point density neighborhood. You can choose between a square and round kernel. 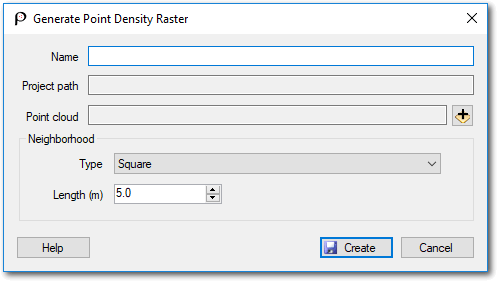 Point density is calculated by first creating a blank template raster with an identical spatial extent and cell resolution of the parent DEM survey. The kernel is then placed over top of each cell that possesses elevation data in the DEM Survey (i.e. not NoData) and the number of points in the ShapeFile calculated. This tally is converted to a density by dividing by the area of the kernel. 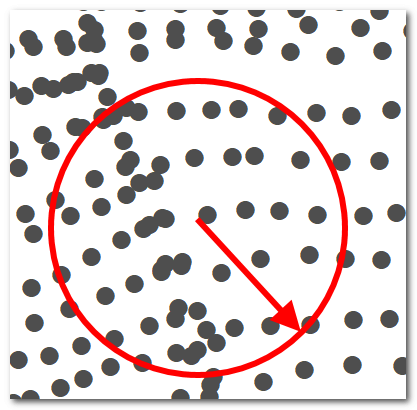 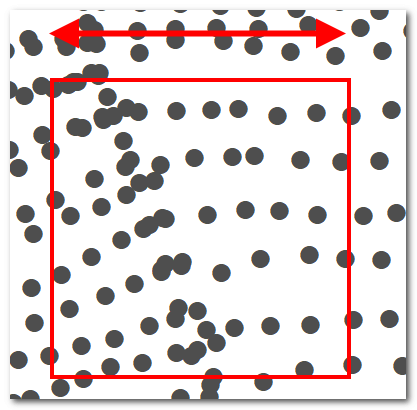 GCD can calculate associated surface slope rasters in either decimal degrees or percent. Right click on the Associated Surface node under the parent DEM and choose the desired type. The surface raster will be created with the correct spatial extent, cell resolution and units. It will be stored in the appropriate folder within the GCD project and the correct type attached.

Right clicking on any associated surface brings up the context menu that allows you to perform the three operations described below. Note that the Add To Map option is only available in the ArcGIS Addin version of GCD and not the Standalone.

Editing the properties of an associated surface it is possible to change the name used to refer to it and also assign a type from one of the following:

The only place that this choice of associated surface type impacts GCD is in determining which map symbolization is used when the raster is displayed in ArcMap (AddIn version only). For all other intents and purposes the choice of type is merely a label. 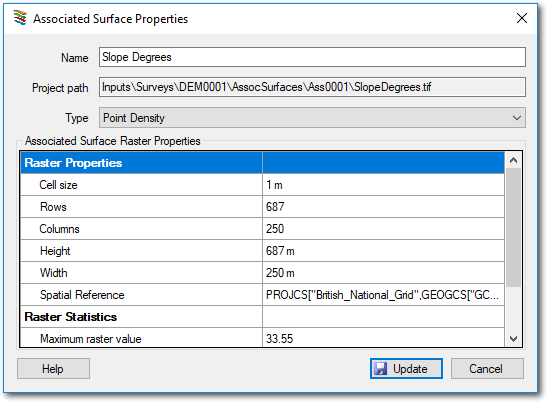 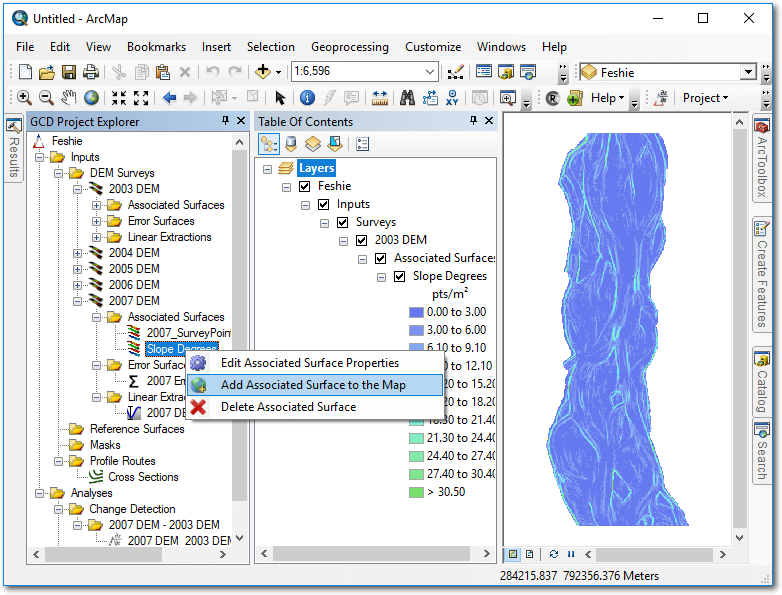 Deleting an associated surface removes the GCD project reference to the raster and permanently deletes the underlying raster file within the GCD project.