It can be time consuming to set up and perform several change detection analyses. The GCD software simplifies this process with two batch change detection features. This section describes the multiple epoch batch intended for quickly analyzing predefined pairings of surfaces that are sorted into chronological order. See the generic batch documentation for information on the other kind.

First before running this feature, it’s a good idea to make sure that you have three or more DEM Surveys in your GCD project and that you’ve created the necessary error surfaces for those items that you want to use.

Click the Multiple Epoch menu item shown above to launch the user interface shown below and then follow these steps: 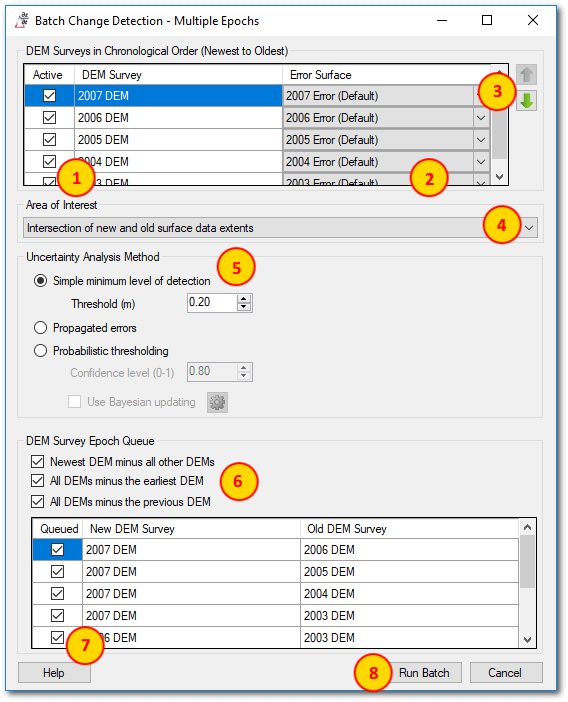 Once you have configured the multiple epoch batch, click the Run Batch button (8 above). Large batches might take several minutes to process. Watch the status bar for an indication of progress.

Batch change detection results are stored and displayed in the GCD project explorer just like any other, manual, change detection. Click on any individual analysis to view the results or use the inter-comparison feature to compare several analyses to each other.