The GCD software produces a rich set of results with each budget segregation. This section describes both the user interface for exploring results within the software as well as the files that are saved to the project folder structure as part of the analysis. 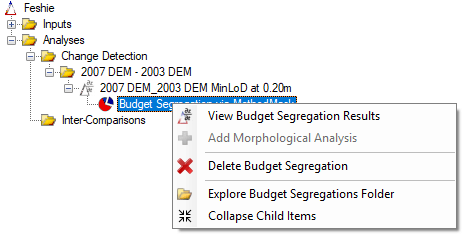 The results user interface is virtually identical to that for change detections with the primary difference being that budget segregation results are shown per class. This means that the tabular and charts displayed are for a set of polygons within the mask that was used to generate the budget segregation.

Below the class dropdown, the user can also change what the raw represents in each of the results tab. This is particularly useful for the histograms where this choice impacts what unthresholded data are shown as the gray backdrop data series.

The longitudinal breakdown shows the volume of surface raising and lowering for each class together with the uncertainty associated with the values. 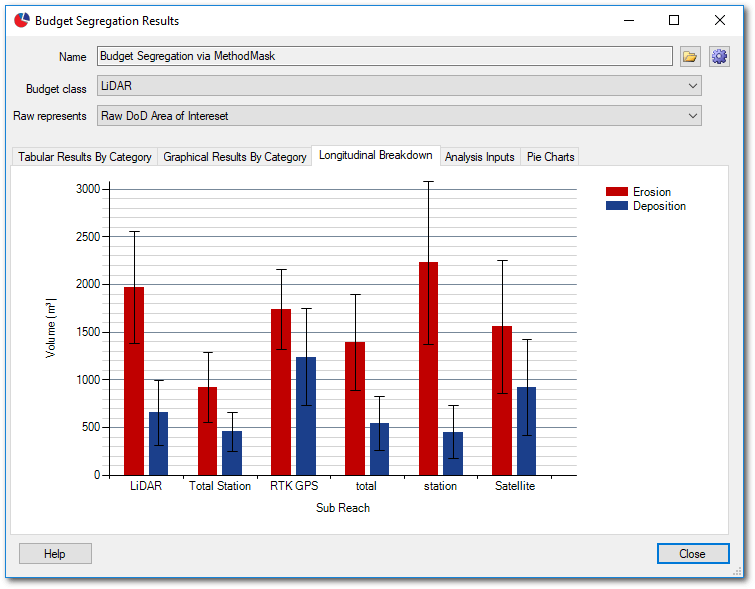 The files generated are virtually the same as those produced for a change detection with the primary exception being that a budget segregation does not possess any rasters. It is merely a mathematical summation of the change detection results and does not produce an geospatial results.